The markets continue falling as the trade war between China and US escalates. But it did not affect Elle's portfolio. Moreover, she has even made some money with an inverse ETF!

On May 6 2019 the markets dropped, as Trump twitted about tariffs. Many investors were sure that the f*cking dip will be bought and the market will grow further. 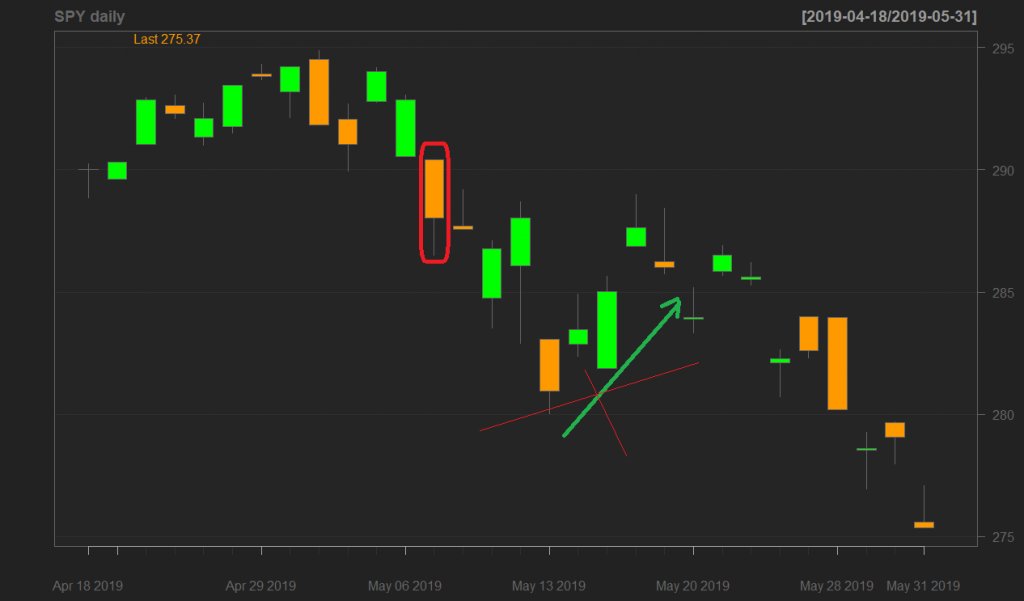 But Elle and me had an opposite opinion. Though we did not want to sit completely in cash, it was clear for us that it was too risky to buy stocks.
So we bought a bit of silver and platinum: these precious metals are cheap from price mean reversion point of view, additionally we expected that the platinum might uptrend like palladium previously did (this expectation has not realized so far). 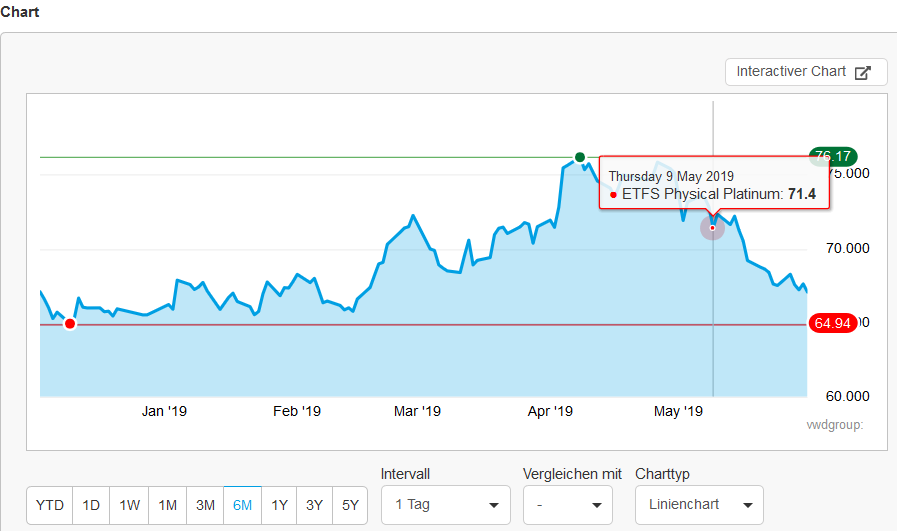 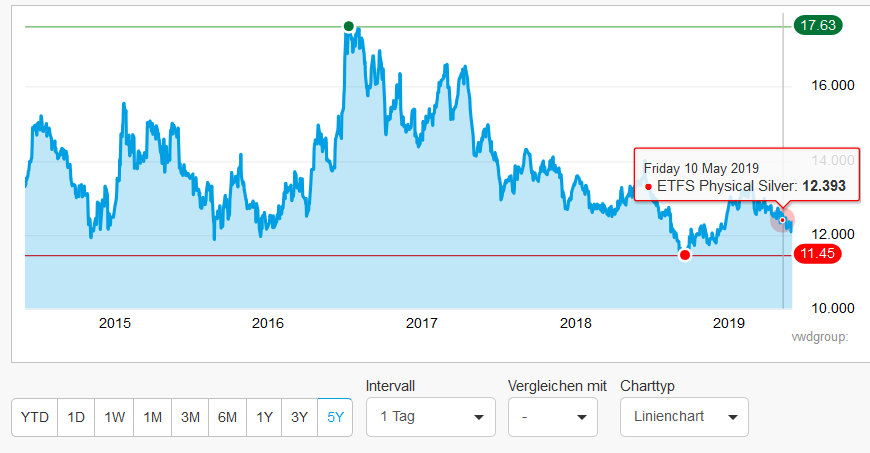 Moreover, I decided to let Elle trade "like an adult" and buy an inverse ETF on DAX.
It was her task to track the local maximum of the DAX (and respectively the local minimum of this short ETF) and she perfectly coped with it! 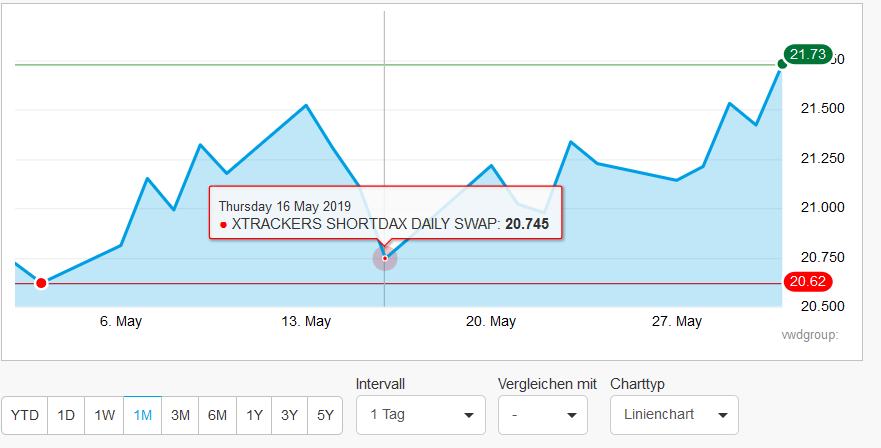 I did the second part and recommended her to sell it on May 23, 2019. Since we traded the same ETF twice within a month, we had to pay the broker fees for the 2nd trade. Normally, we would postpone the trade until the next month but I explained Elle that the positions in short ETFs (unless used for portfolio hedging) are very risky thus we learn to close them quickly. 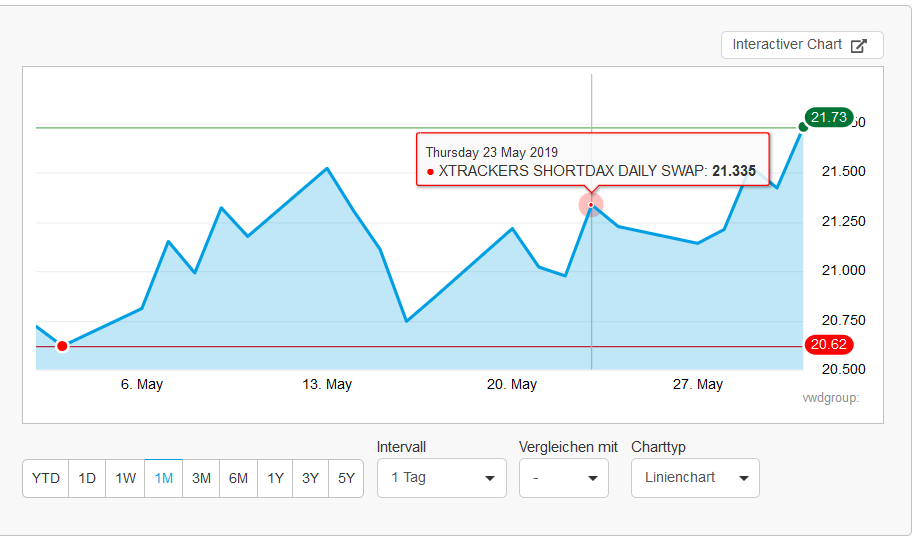 Finally, we gradually started building a long position in DAX, as it fell by nearly -2% on May 31 2019. We are also going to add to our position in platinum.