ProReturn, one of the most popular wikifolios, lost about 45% of its value during recent market flash crash. Several millions  Euro disappeared within two days. But it seems that greedy German retail investors will never learn. Moreover, they don't want and are hardly able to learn, although the German school education system is free of charge an still much better than that in US and UK. Well, jedem das Seine!

ProReturn wikifolio was very fabled for its smooth growth. It consists of the so-called Bonus (Reverse) Cap Certificates. Such certificate a kind of a barrier option and pays a bonus if the barrier is not hit.  There is also a cap, which means that the maximum possible pay-off is limited. Respectively, such certificates perform especially well in case of low volatility and sideways market. And for the German DAX it was more or less the case from August 2015 to July 2017. Obviously, there was great interest in this wikifolio. 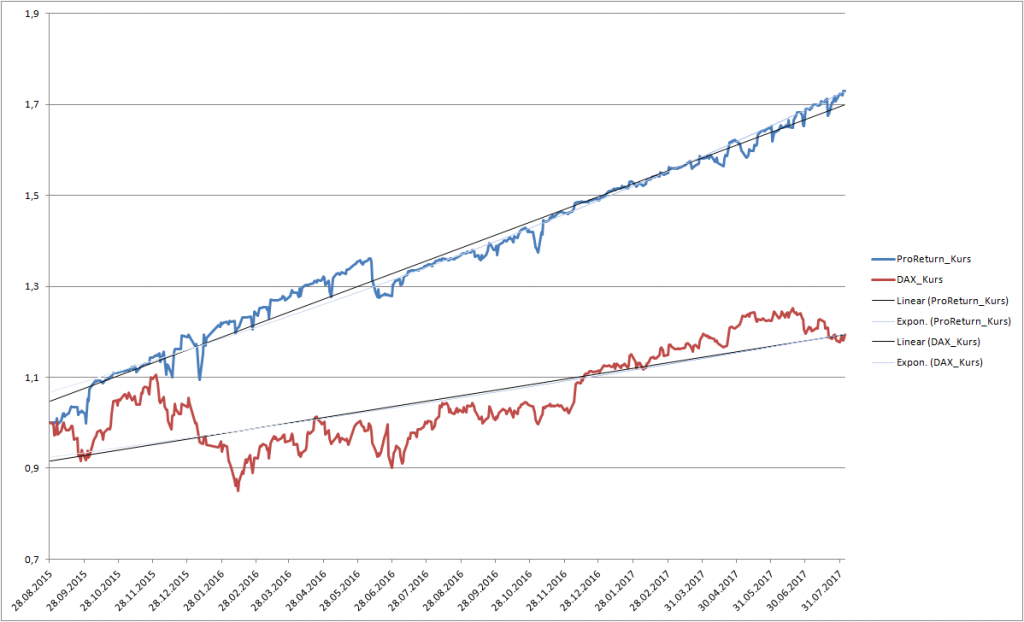 Since I am known for felicitous analysis of wikifolios (see e.g. IREX as failure prediction or this magnificent 7 as a success prediction), they asked me in facebook group wikifolio - kritisch und ohne Zensur whether I can analyse ProReturn. No problem, I said, but if you are really interested, you have to pay a small fee. The target was to raise €100 (in total, not per person). Moreover, I also suggested to donate to a charity of their choice. But among 900 group members (or, more precisely, among ca. 50 active members) there was only one, who donated €5 (actually, this person is advanced himself and was able to do without my analysis).

Anyway, I was strongly disappointed and didn't publish anything, also I did some preliminary analysis. I must admit, this case would be not so easy even for me, because I don't have much experience with these Bonus Cap Certificates. But I am sure that by a detailed analysis I would discover the risk, just like I did in case of IREX. But the greedy and lazy retail investors prefer to lose their money, chasing "easy big profits". And wikifolio marketing team artfully manipulate them, e.g. ProReturn was extensively promoted in wikifolio email-newsletter. 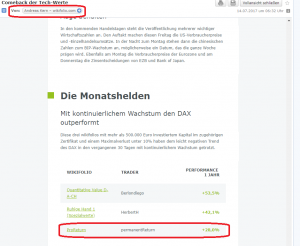 Well, my dear Germans, you (still) have very good schools and universities and mit ein bissle Mühe und Großzügigkeit (with some efforts and generosity) you would have been able to read and understand my analytics and avoid this trap. But you are lazy and greedy, so let me, dem bekehrten Schwabe mit Russischer Abstammung (converted Swabian with Russian roots) look how the smart [ass] Austrians (wikifolio is an Austrian start-up) cheat you. It is really ridiculous, but jedem das Seine!

P.S. As I was writing this post, an even more epic failure has caught my eye: the wikifolio "put/call USA" (DE000LS9L2D1). And this was among best sellers! 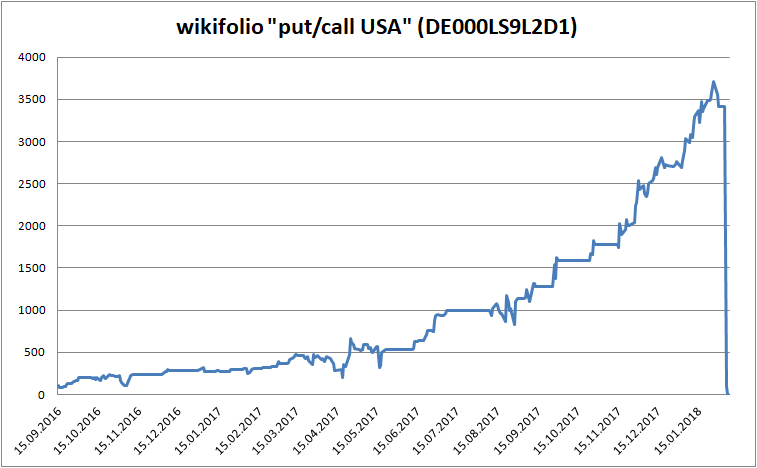