Since DeGiro announced closure of Elle's depot on May 15, 2022 she had to optimally close her positions before this date. Unfortunately, the announcement of depot termination coincided with market correction and further macroeconomic risks due to Russian invasion of Ukraine.
Thus the achieved CAGR is just 2.06%, not 6% as pursued. Still it is much better than a bank deposit with zero (or even negative) rate and given the permanent deterioration of DeGiro the result is not that bad.

As we reported two months ago, DeGiro informed us about the termination of junior depots just 3 months beforehand. Had we known it in advance, we would close Elle's depot in the end of 2021, as she has even overachieved the target CAGR of 6%.
Alas, we have a canonical case of bad risk concentration (operational risk + market risk). So we tried to time the local optimum and on April 19, 2022 decided to sell out the portfolio, which was as follows: 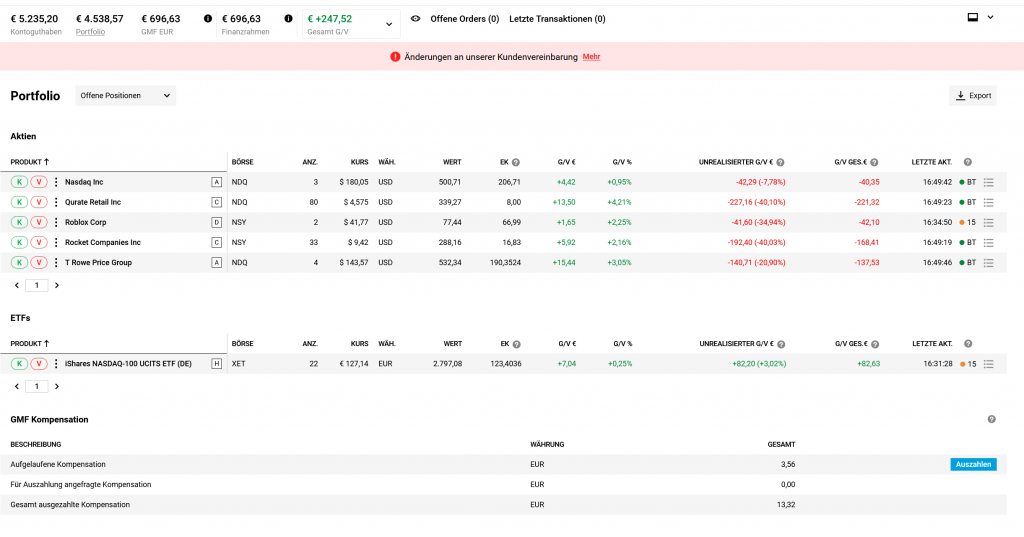 As we liquidated all positions we had the following intermediate NAV

and finally (as DeGiro charged all trade and currency conversion rates) it was like this:

Then we used our

CAGR calculator and got

Well, purely from the monetary point of view it is likely a modest result: we have merely compensated the inflation. But pedagogically it is great: Elle encountered [the aftermath of] a trade war, a pandemic and a real war in Europe. This experience will definitely help her in her "adult" investments in future!