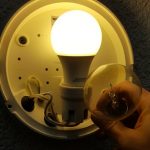 According to the news a Chinese company San'an Optoelectronics has offered about €70 per share and the acquisition is "in all likelyhood". Osram provides no comments.

END_OF_DOCUMENT_TOKEN_TO_BE_REPLACED

Update 04.10.2016
So far the oil price keeps growing though I was right with shorting WTI, not Brent, since the latter grew more intensively; the spread is now normal, about $2.
Today it was a price dip, so I halved my position with a minimal loss and keep about 1.5% of my trading capital in WTI short.