Whereas Tom Tailor continues to decline, Gerry Weber has recently bounced +40% as the founder Gerhard Weber resigned from CEO position. Yet we bought Tom Tailor stock, although we usually do not trade against a strong trend. We explain why it was plausible to make an exception this time.

A general rule of thumb by trading companies that are in (temporary) trouble: do not try guess the price at which the stock reaches its bottom, wait for a (confirmed) reversal instead. The only problem with this rule: it is much easier to say than to do. Probably the best example, which illustrates this problem is the Nokia stock in 2012. As soon as you have the right-hand side of the chart, it is very easy to detect at which price it was optimal to buy.

Currently we face the same dilemma by Gerry Weber. As the Founder Gerhard Weber resigned from CEO position (this gentleman is 77 years old), the market reacted with +40% growth. Alas, it is likely just the bounce of dead mouse!

From fundamental point of view the stock of Gerry Weber is priced pretty cheaply: the company is still breakeven and the P/B ratio is 0.37. The problem is that it is a static point of view and there are a lot of doubts if Gerry Weber (which has an image of expensive boutique for old ladies only) can really meet the current challenges.
Thus the latest bounce seems us to be rather a canonical example of "even a dead mouse will bounce if it falls from a great height" rather than a genuine reversal. 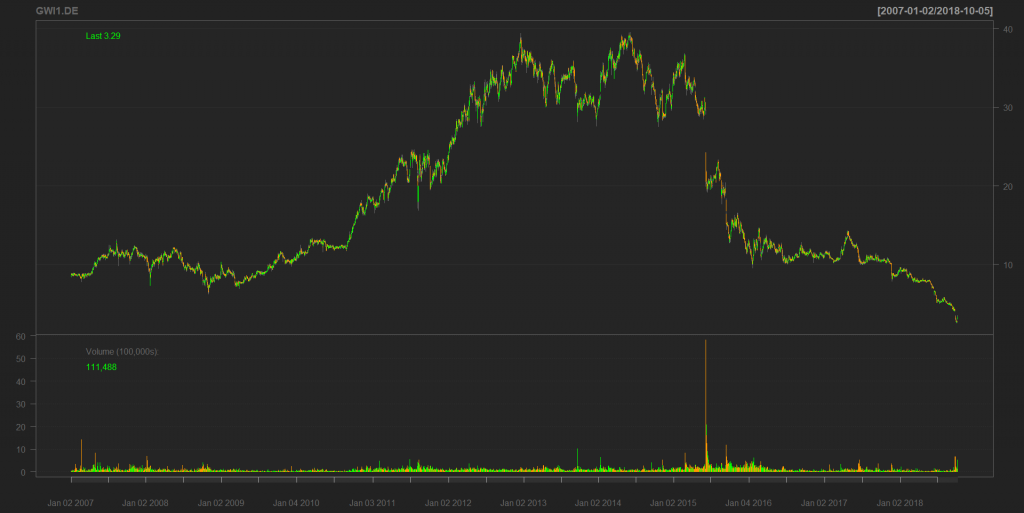 That's why we continue keeping eye on Gerry Weber but currently decided to make a bet on Tom Tailor. Contrary to the Mouse, the Cat is profitable: P/E = 9.25, RoE=8.90% - which is not bad among the peers (and P/B=0.66 is also attractive).
Although the current mood by Cat is also negative, in 2016 it has already proven its ability to cope with troubles (Tom Tailor stock has tripled by that time, whereas Gerry Weber grew "merely" by 50%). 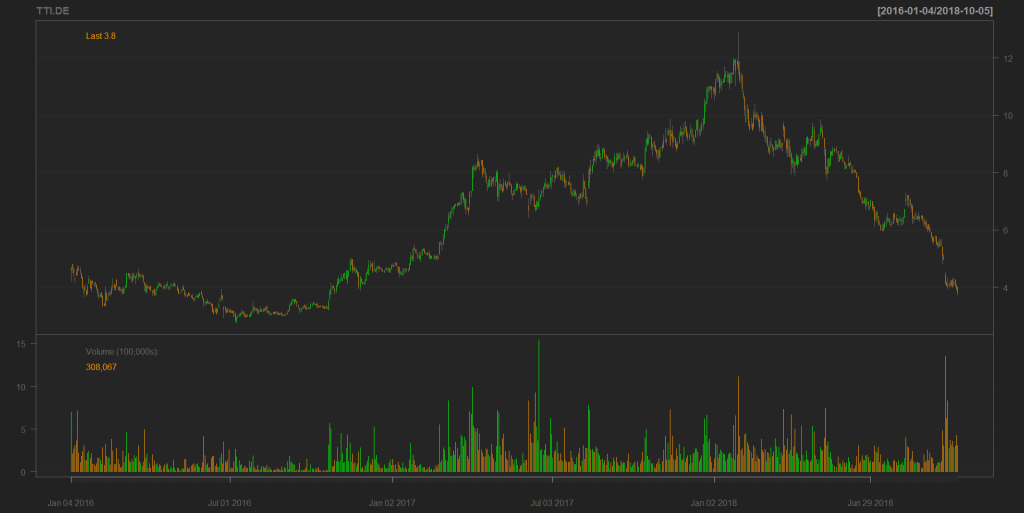