Elle, a nine years old girl has reached an excellent investment result in August 2019 despite the market dip. Discipline, diversification and of course some luck were ingredients of her success.

The August 2019 was a turbulent month and Elle had already a long position in DAX. Market started to go down in the end of July and continued declining in August. Elle managed, however, to make use of the market volatility: in particular she has profited from the strong moves in oil and platinum. 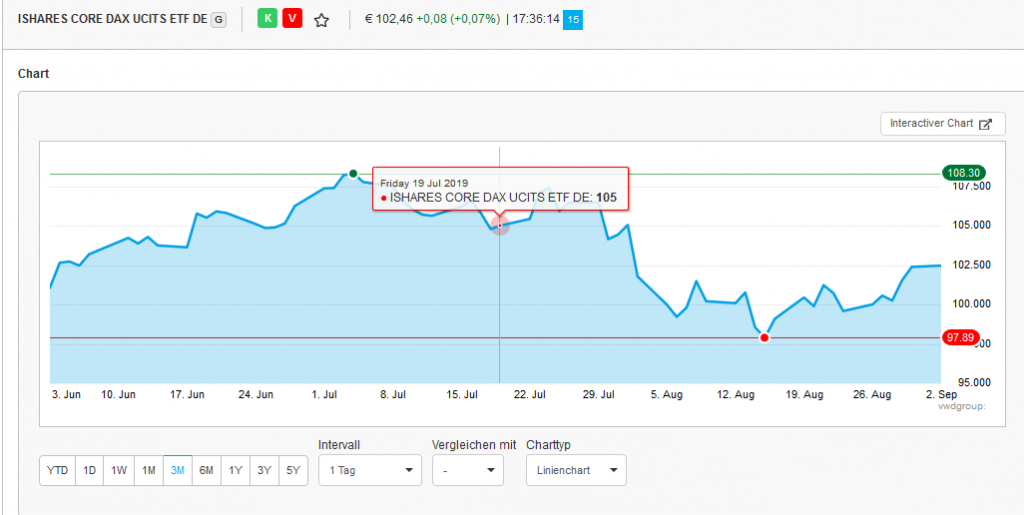 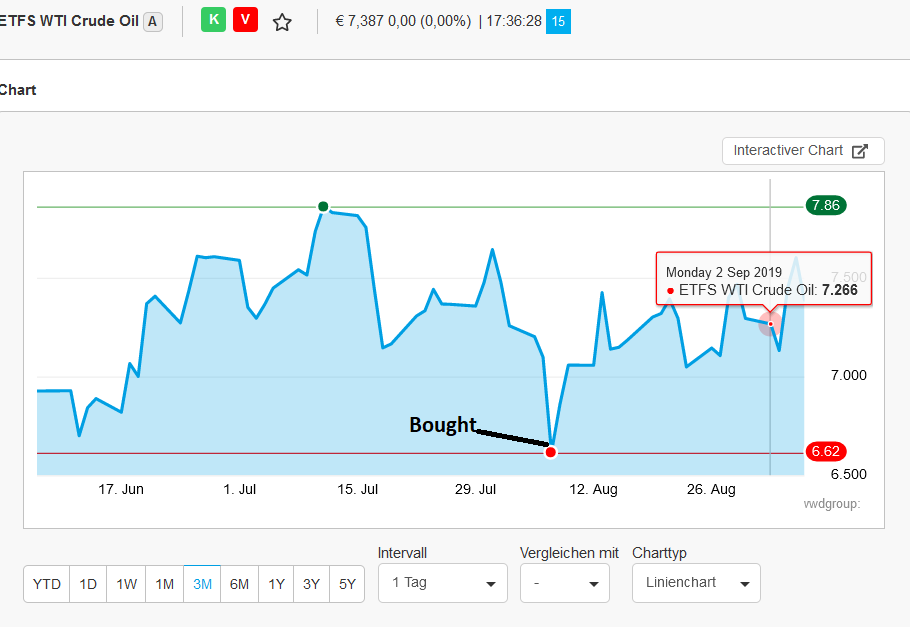 Currently Elly is completely in cash, since it is very unclear how the Mr. Market will behave further.

Most profitable trades were in oil (just purely chart technical decision) and in platinum (motivated by preceding growth in gold and silver). It was my recommendation to trade Nikkei ETF (instead of increasing a position in DAX), since during the market turbulence the Japanese Yen is usually considered to be a safe harbor (why, actually)?

Note that Elle closed the positions in DAX and Copper with a loss. Had she held then a bit longer, she would have made even more profit. But she is quite satisfied with what she achieved, namely: +206 Euro or 9.8% profit in relative terms and
11.04% CAGR.