We consider 12 most popular and/or mostly discussed fully automated forex trading stratagies on myfxbook.com. This case study clearly shows that it is possible to consistently make money by forex trading. Of course it does not mean that it is easy.

We, the team of letYourMoneyGrow.com will never get tired to state the following:
1) Never listen to anyone without a proven track record.
2) Even if 95% of traders lose their money, it does not yet mean that 100% do.

This case study addresses both statements. The best automatic trading strategies by myfxbook.com are currently as follows:

You can (and are encouraged to) have closer look on all of them. The distinct performance leader is AlgoTradeSoft | Innovative EA but we have already reviewed it. So this time we demonstrate how you may proceed by the example of FX Hunter Real, which exists sufficiently long and has an attractive CAGR/MaxDD ratio. Other bests of the best are, in our opinion,  GPS Robot FxChoice 100k and Elite PAMM. Interestingly, the owner of these strategies do not fear to disclose their complete trading history, which a is big nice-to-have for the performance analysis. However, even if they would not, myfxbook calculates pretty exhaustive summaries.

For your convenience we made a screenshot (state: May, 7th 2018) for FX Hunter Real. 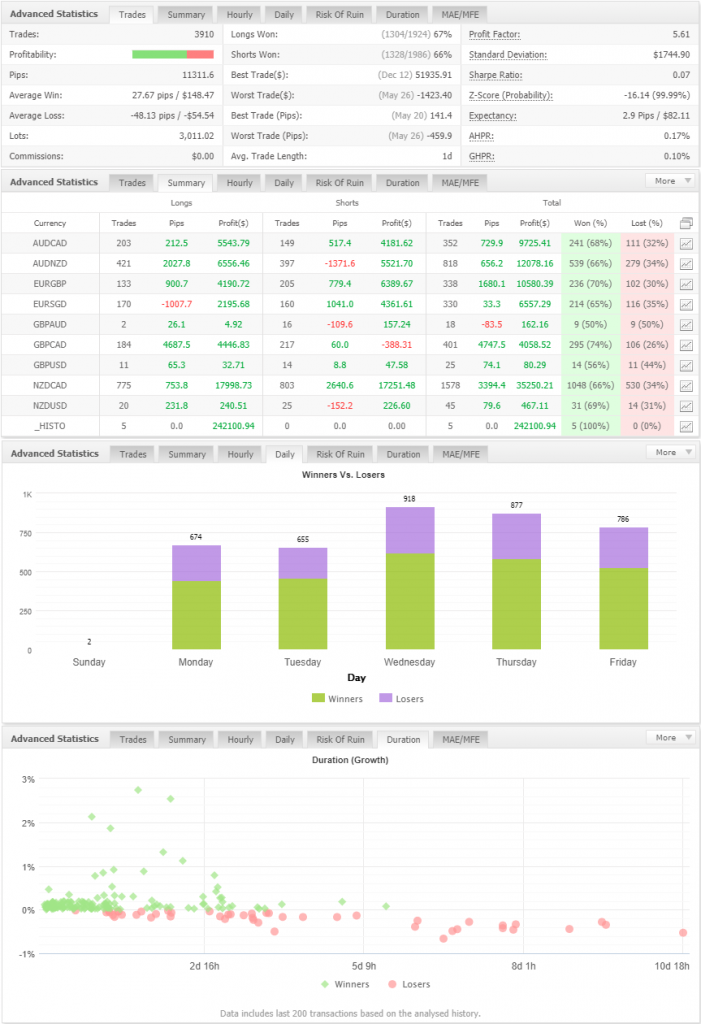 As you can readily see, the winning rate of =(1304+1328)/(1924+1986) = 67% is really great. Further you may see that the strategy is long-short neutral and trades mostly with AUD/CAD, AUD/NZD and NZD/CAD. I suppose (and it can be checked from the complete trading history) that the strategy pursuits to be not only long-short neutral but genuinely market neutral. Combining these three currency pairs it is, in principle, possible to mitigate any sudden movement in all three currencies.  Such movements are though rare in "stable" currencies, may be really disastrous, recall the 30% jump of Swiss franc!
Further you can see that the trading activity does depend on the weekday, however, the win/loss ratio remains approximately the same. Finally, the Duration shows that a typical trade lasts a couple of days (thus it is likely robust to the slippage).

Additionally, it is worth looking at the statistics of the monthly returns. First of all, given that 56 of 57 months were profitable (together with the fact that there were 2632 of 3910 winning trades) is a clear  refutation of "nobody can beat the market" mantra.
However, look that the maximum drawdown was -24.76%, whereas there is only one month with negative return of merely -2.53%. This means that the system was intensively losing a lot of money within a few days. Moreover, the abs. gain by this system is negative, which likely mean that the system owner got into panic and withdrew [the rest of] his capital after this drawdown! 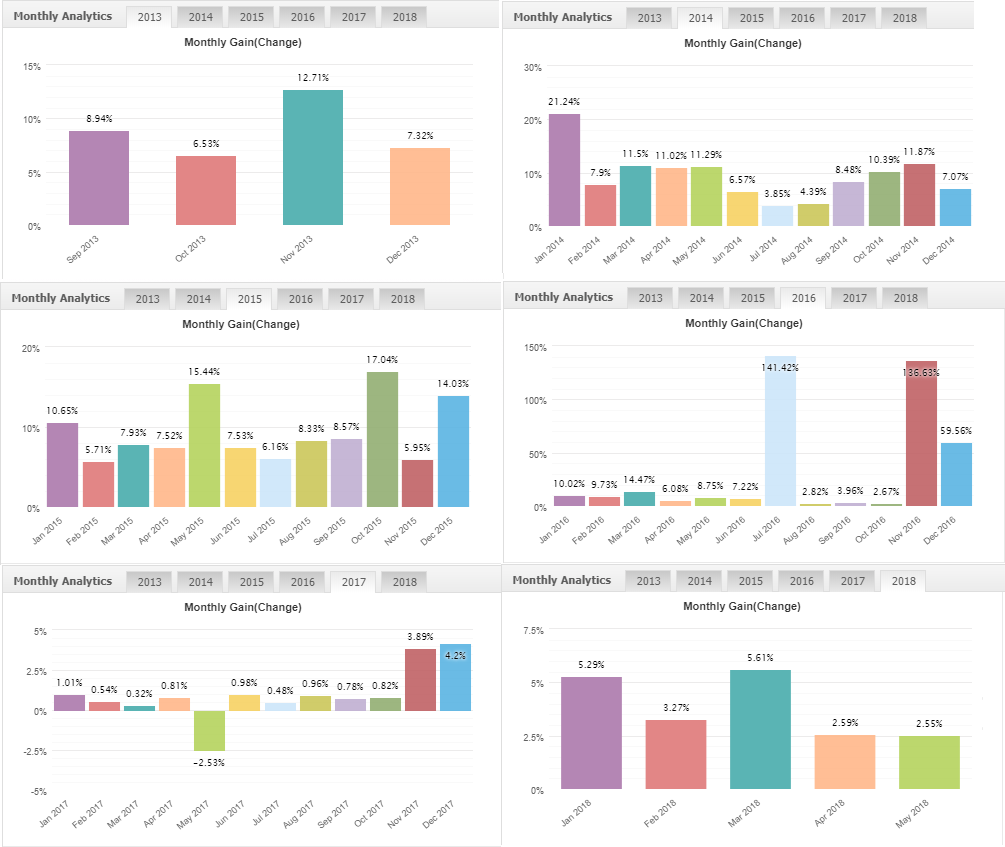